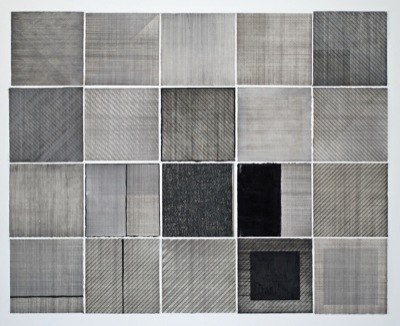 The Port Jackson Press Australia Graduate Printmaking Award for 2010 opened with a wall to wall crowd eager to hear the announcements of the worthy winner.

Leighfield, who completed her honours at Monash University, Melbourne took out the grand prize with her multi-panelled work ‘Activity’, combining drypoint, graphite and oil pastel.

The judges comments were as follows…
‘We have selected Miranda Leighfield’s Activity as the winning work. Though her piece takes as its starting point the urban environment, she has transformed this raw material into a work of abstract beauty, gently reminiscent of the patterned lines and grids and surfaces that daily surround us. Above all, we responded to the way in which her piece intelligently engages, in a sensitive and perceptive manner, with the inherent qualities of etching.’

The judges were impressed by the quality and the stylistic diversity of the works on display. In particular, it was exciting to see artists working in such a wide array of media and form � from artists’ books to installations to works in series.

Three artist’s were highly commended. These being Andrew Keall for ‘Small Gestures 1 & 2’, Angela Cullip for ‘Domestic Landscape’ and Jessica Wong for ‘…of the flesh’. All three artist’s completed Post Graduate studies at RMIT, Melbourne. Keall and Cullip, with Honours in Printmaking and Wong with a Masters
of Fine Art.

Be sure to visit the gallery to view this exemplary exhibition of wonderfully diverse new printmakers to the Australian Art stage. 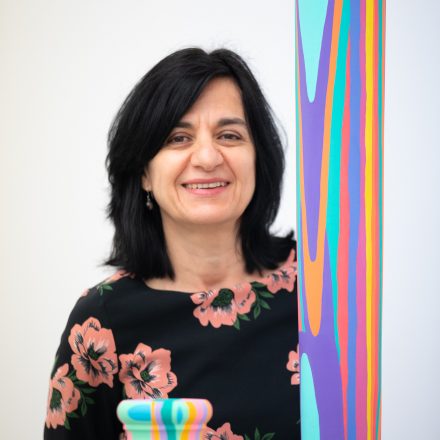 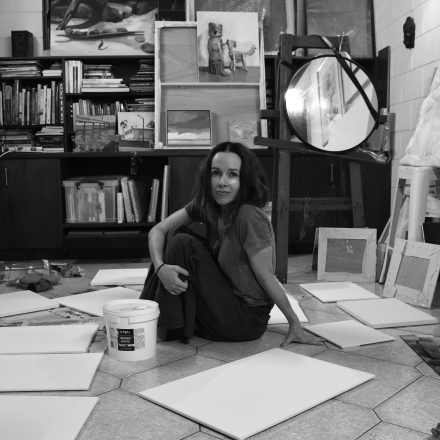