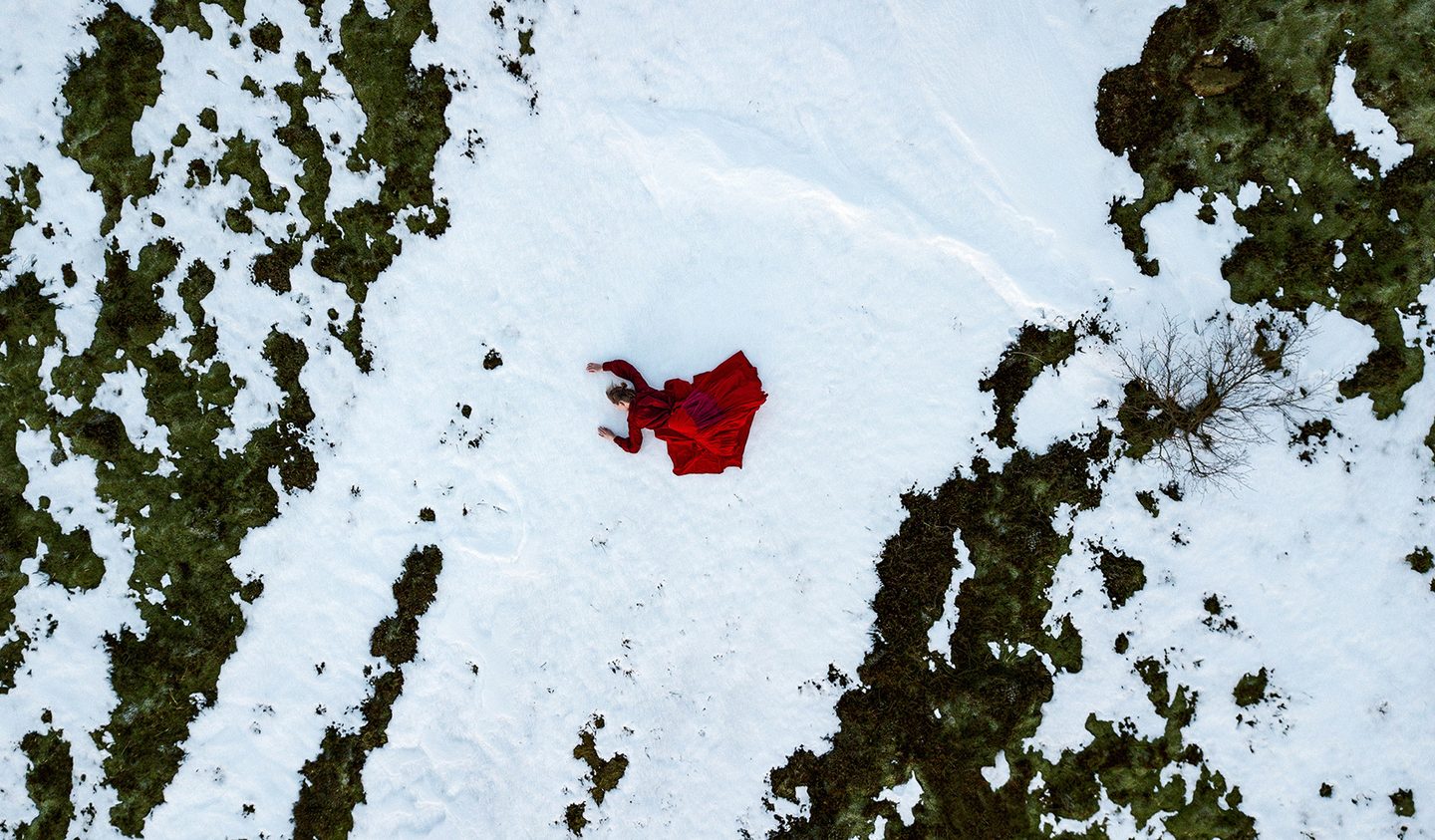 LISA TOMASETTI: Happy After Ever – North of the Equator

The ubiquity of modern photography seemingly challenges the art-status of the photographic medium. In contrast, Happy After Ever is a photographic series re-stating the lasting power of the photographic image. Trading on the viewers familiarity with the style of the Grand Masters and antiquity’s assumed value, the series cloaks its digital modernity and creates a momentary ambiguity of authorship and temporality. Through iconographic, religious tropes and the power of the familiar, readings of photography’s
disposability are arrested, forging a space to reassess the contemporary camera’s reductive ‘memory making’ function.

Digitisation of photographic process may have led to the democratisation of image-making, but its subsequent proliferation now threatens its value as cultural artefact. Just as the imagery of the Grand Masters reflect five hundred year old skills of expression and preservation, Happy After Ever also calls upon the power of the natural environment to measure its profundity and legacy.

In this the, Tomasetti’s second installment of the series Happy After Ever: North of the Equator, the raw, wild Icelandic environment takes centre stage. Although destructive, Icelandic forces of fires and ice possess a violently evolutionary function. In broken and remade landscapes we are forced to come to terms with what is lost and what is made new -in both the world and in ourselves. A shifting volcanic landscape powerfully represents photography’s tectonic shift from analogue to digital, forming new alloys and new ways of seeing. In the second series Tomasetti could think of no better place than the dramatic Icelandic environment to situate a discussion of how digital disruption has altered photographic processes forever. Far from destroying the artistic value of photography, the medium’s precarious position in a modern landscape of digital proliferation instead highlights the power and legacy of an evolving medium.

Lisa Tomasetti has exhibited throughout Australia and internationally in London, Shanghai and Barcelona. Her work is in private collections throughout Australia and abroad, held in the collections of SA Art Museum,
WA Art Museum, ArtBank, Albury Regional Art Gallery and the Chekhov Museum, Moscow. Tomasetti was named a finalist in the 2019 Bowness Prize. Her work is also featured in the National Portrait Gallery’s Starstruck exhibition, touring nationally throughout 2019-2020. In 2006 Tomasetti was a finalist in The Archibald Photographic Portrait Prize, and in 2007, 2009 and 2011 was a finalist in The National Portrait Gallery Photographic Prize. In 2014 she received her Masters in Photography from Sydney College of the
Arts. Tomasetti was awarded an Australia Council studio residency in Besozzo, Italy; the SA Dept. for the Arts Grant. In 2019 she was the winner of
“International Creative Communication Competition” LA, and a finalist in the Bowness Photographic Award. Tomasetti has also worked for many years as a highly sought after stills photographer in film and television. Her many credits include Shine, Star Wars: Episode 2 – Attack of the Clones, Rabbit-Proof Fence, Dirty Deeds, Dead Heart, Mystery Road (series 1), Truth, Top of the Lake (series 2), Charlotte’s Web, and The Sapphires. Lisa also continues to work as production photographer for Opera Australia, Sydney Theatre
Company, Belvoir St theatre, The Adelaide Festival of Arts, and the National Institute of Dramatic Art. Tomasetti is the international tour photographer for The Australian Ballet, touring New York, Beijing, Paris, San Francisco and Tokyo.