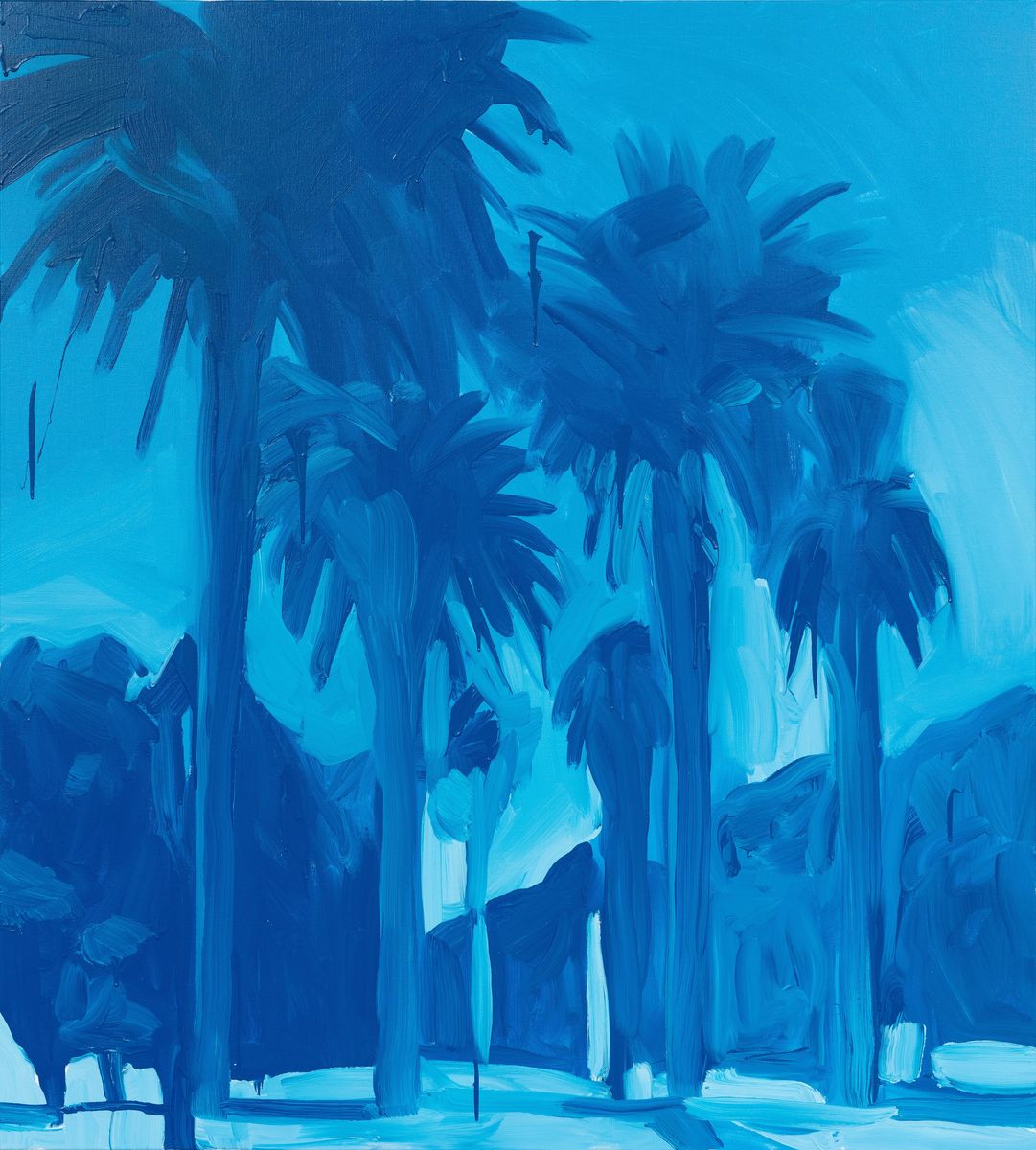 The Shade Bakers, marks an exciting development in the career of Jasper Knight. Known largely for his portraits and industrial landscapes, The Shade Bakers focuses upon a botanical subject matter – namely, the palm trees that pepper the familiar landscapes of Australian cities.

For Knight, this is not a departure from his usual subjects, but rather an alternative focus. Amidst the urban landscapes of Perth, Melbourne and Sydney – depicted in this body of work – large, and often heritage listed palm trees are as present as industrial features, and establish a sense of place as readily as its population. For Knight, this shift of focus was partly a response to our recent inability to travel. We readily associate palm trees with travel destinations, but as the artist observes, once noticing these ‘exotic’ aspects of international landscapes at home, “the more you look, the more there are – absolutely everywhere.” In fact, Knight notes that the palms of the Perth foreshore were designed by the same person responsible for the landscape architecture and defining palms of Venice Beach.

The Shade Bakers is softer than Knight’s previous bodies of work, reflecting the artist’s perception of these botanical features as urban mirages. These works are oil on linen, rather than the artist’s often-used aluminum or collaged wood, there is also an absence of hard outline. The effect is a presentation of something otherworldly and yet familiar. Likewise, what is presented by Knight in this exhibition is something quintessentially ‘Knight’ in terms of the artist’s distinctive style, but is also something entirely new.

Jasper Knight is one of Australia’s most successful and highly regarded contemporary
painters. He is an eight time finalist in the Archibald Prize, most recently in 2022, a three-time finalist of the Sulman and Wynne Prizes, and has appeared in the Mosman Art Prize four times, including a win in 2008. His work is represented in major national and international collections including the National Gallery of Australia, National Portrait Gallery, Australian Consulate (Manila, Philippines) and the Australian Consulate (Singapore).