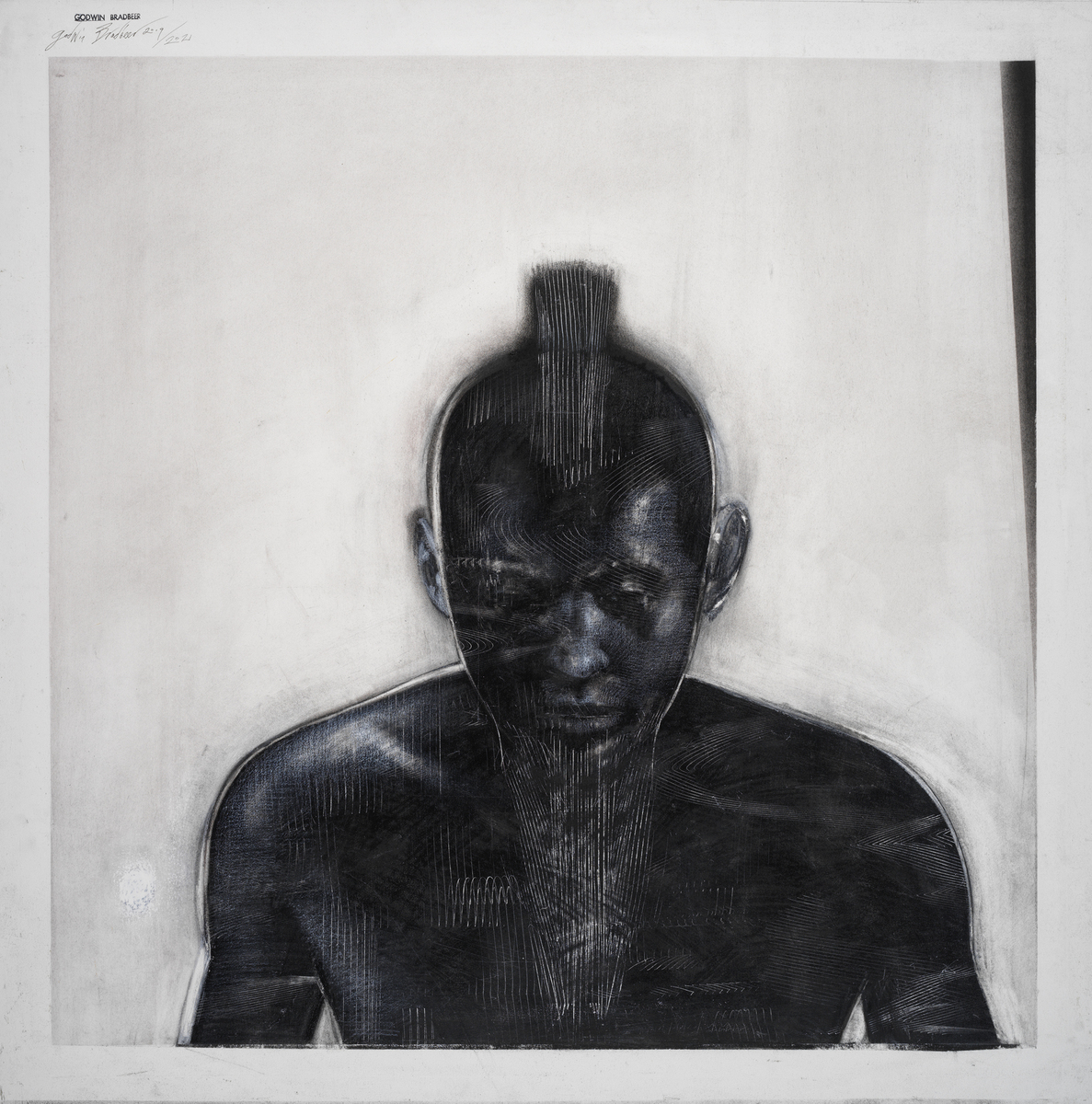 My manner of drawing is both conventional and idiosyncratic and it has emerged as a hybrid between the real and the ideal. I aspire to a truth that is elusive and a beauty that is enigmatic, but we are trapped within our shadows. As an artist I ricochet between describing in one moment our magnificence and in the next our vulnerability, and even our debasement. Are we good? Or are we bad? Setting aside the dogma, we are often well described in the ancient record and in the mythologies.

Several themes were initiated in New Work, Old Myths. In particular, an intention to couple a majority of images as horizontal diptychs, with their inversions as reflections and shadows – the diptych Bathsheba Revisited prompted this as a thematic concept for this show. Though I have used this compositional mode over many years, it is nevertheless conceptually and technically challenging, so evidence of this intention is partial rather than complete and perhaps this is as it should be: the goal that is out of reach now is the promise of the future. Parallel to the contemplative aspect of this work is an intermittent breakthrough of volatile energy. A manifestation of elevating energy had been left in suspension since my previous exhibition, Beasts (2019).

With regard to the old and the ancient, an aspect of reflection – and even what might appear to be retrogression – is often a prelude to discovery. A phrase from which I take encouragement, even inspiration, is the French term ‘reculer pour mieux sauter’ which means ‘to recoil in order to leap further,’ to withdraw in order to propel forward. Consider the step taken backwards in order to jump a puddle, or the pulling back of a bowstring in order to propel an arrow through distance. Such a paradox for me is the stuff of art.

Godwin Bradbeer (b. 1950) is a New Zealand-born artist, now living and working in Melbourne Australia. He is widely considered to be one of Australia’s leading draftsman, and has exhibited both nationally and internationally since the 1970s. He holds a Bachelor of Education (Art/Craft) from Melbourne College of Advanced Education (Now University of Melbourne) and a Master of Art from RMIT University Melbourne. Bradbeer has held numerous teaching appointments at major institutions including the Victorian College of the Arts, Monash University, and RMIT University; from 2005 to 2010 he was head of drawing of the School of Art at RMIT University in Melbourne. He has received numerous awards throughout a highly successful career, including the 1998 Dobell Prize; Bradbeer has also been an artist in residence at the National Gallery of Victoria in 1995 and 1998. His work is held in the permanent collections of major national and international institutions including the Australian National Gallery, the National Gallery of Victoria, the Art Gallery of NSW, Art Gallery of South Australia, Parliament, the Korean Art Institute, and the University of Western Carolina, as well as numerous significant private collections. In 2018 a major monograph was published on the artist by Thames and Hudson.