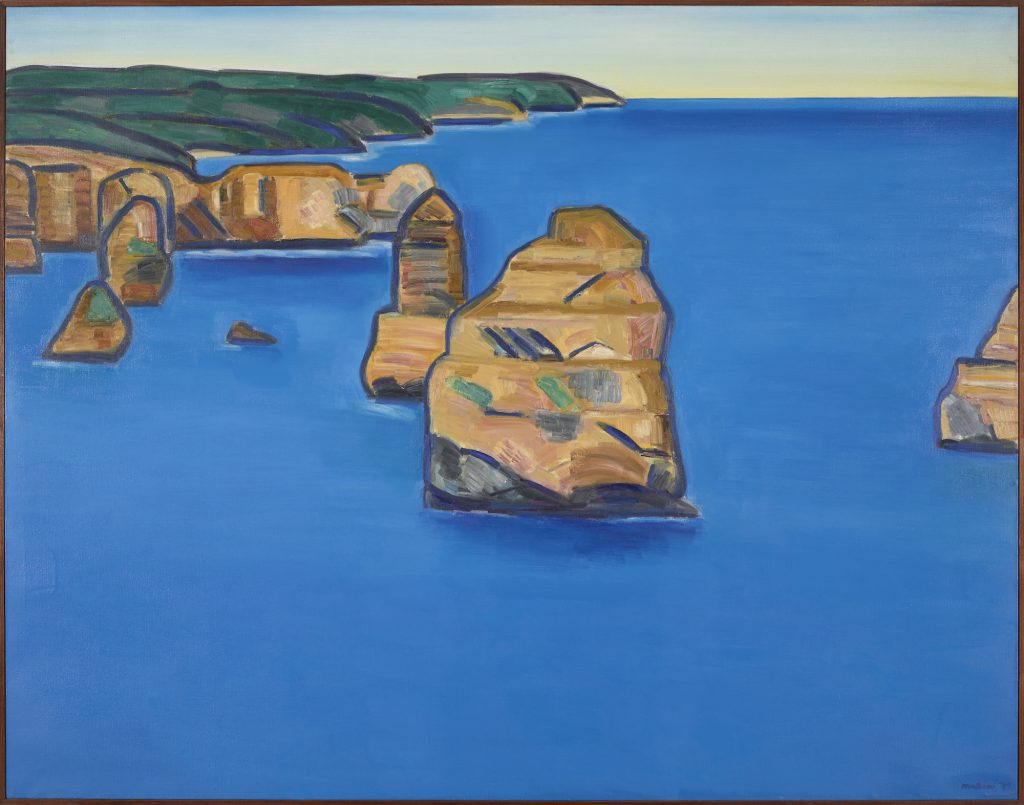 Congratulations to Jeff Makin, who this week set two new auction records for his painting and tapestry works. This record was set with the sale of the NAB collection with Leonard Joel.⁠⁠We are pleased to advise that Jeff Makin is currently exhibiting a major retrospective of early works, available for acquisition for the first time […] 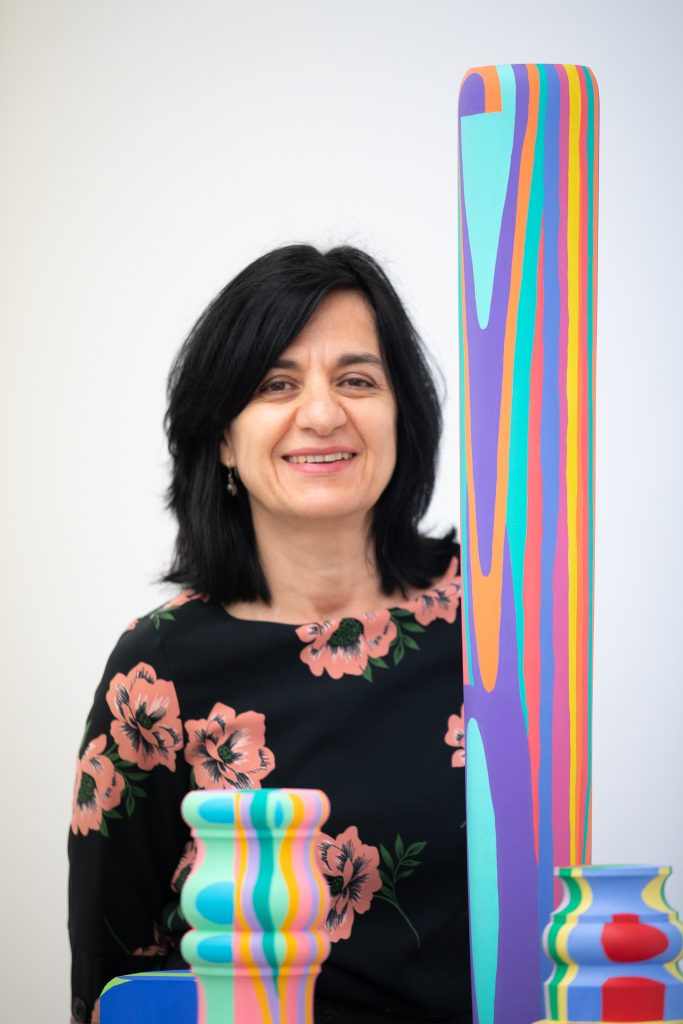 We are thrilled to announce our representation of Nuha Saad. ⁠⁠With a focus upon sculpture, installation and public art, Nuha Saad has long been interested in the ornamental and the architectural aspects of the suburbs. Describing her work as an “archaeology of the suburbs” Saad is drawn to the turned wood elements of Victorian and […] 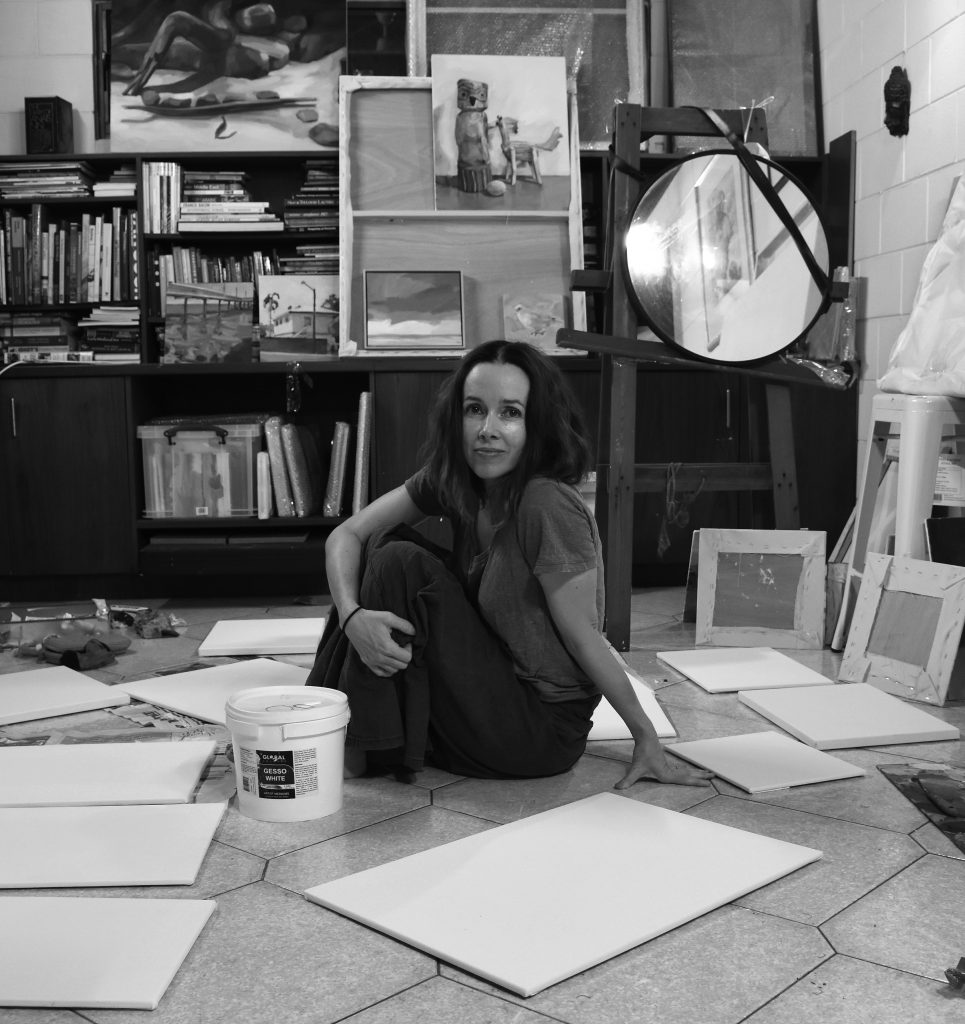 We are delighted to announce the representation of Max Bowden. This announcement coincides with the artist’s current exhibition, Habits, which sold out on its first day of opening! The artist will present a major solo exhibition in 2022. Welcome to the gallery, Max!⁠⁠Darwin based artist Max Bowden paints heart-felt depictions of the Top End landscape, […] 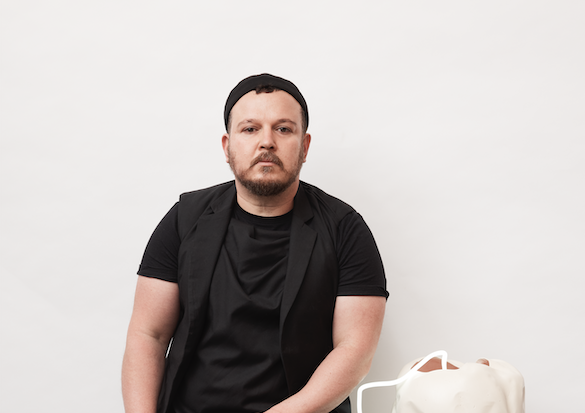 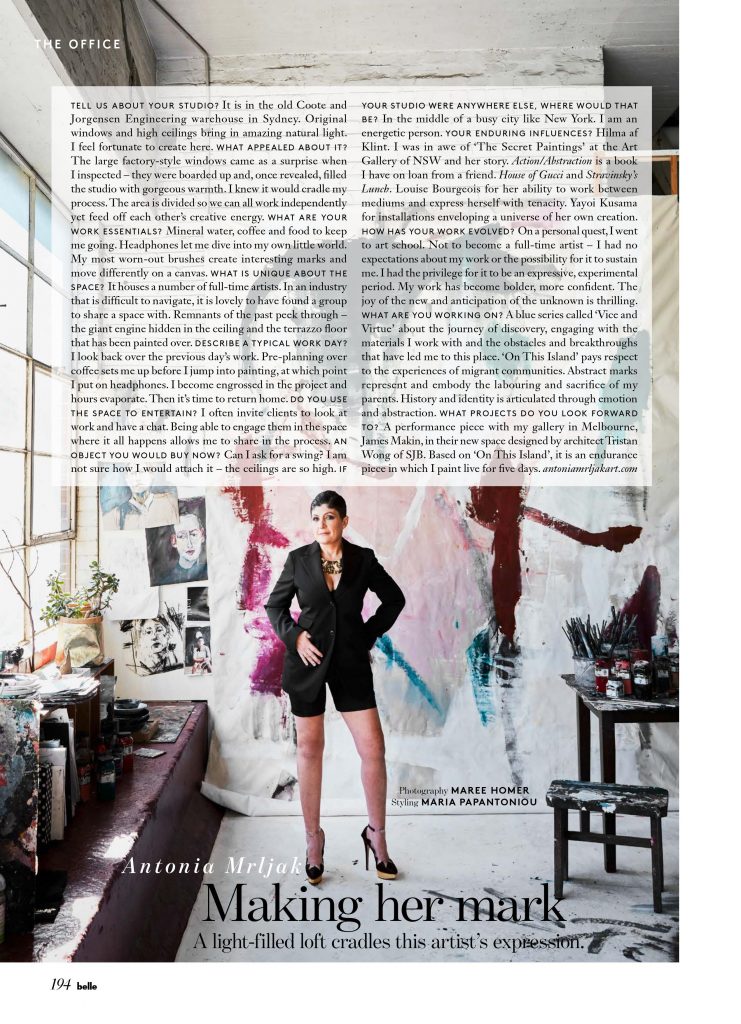 Pick up the latest issue of Belle Magazine to for an insightful glimpse into the studio and practice of Antonia Perricone-Mrljak. It’s an incredible feature, following a successful first major solo exhibition with us at James Makin Gallery. ⁠⁠To enquire about available works by Perricone-Mrljak DM or email info@jamesmakingallery.com.⁠ Or, head to the artist’s profile.⁠Image […] 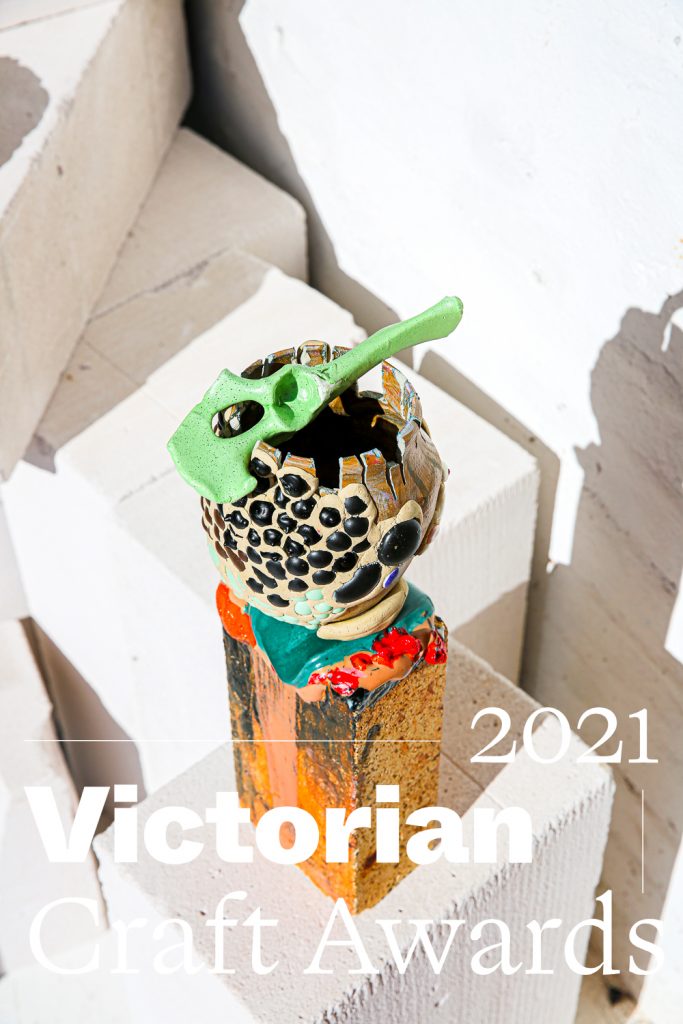 Congratulations to James Lemon, who has been selected as a finalist for the 2021 Victorian Craft Awards.⁠⁠Established by Craft Victoria in 2015, the biennial Awards showcase exceptional works utilising craft⁠skills, processes and materials and include emerging, mid-career and established artists and craftspeople from⁠across Victoria. ⁠⁠Although the Awards exhibition was to take place in September 2021, due […] 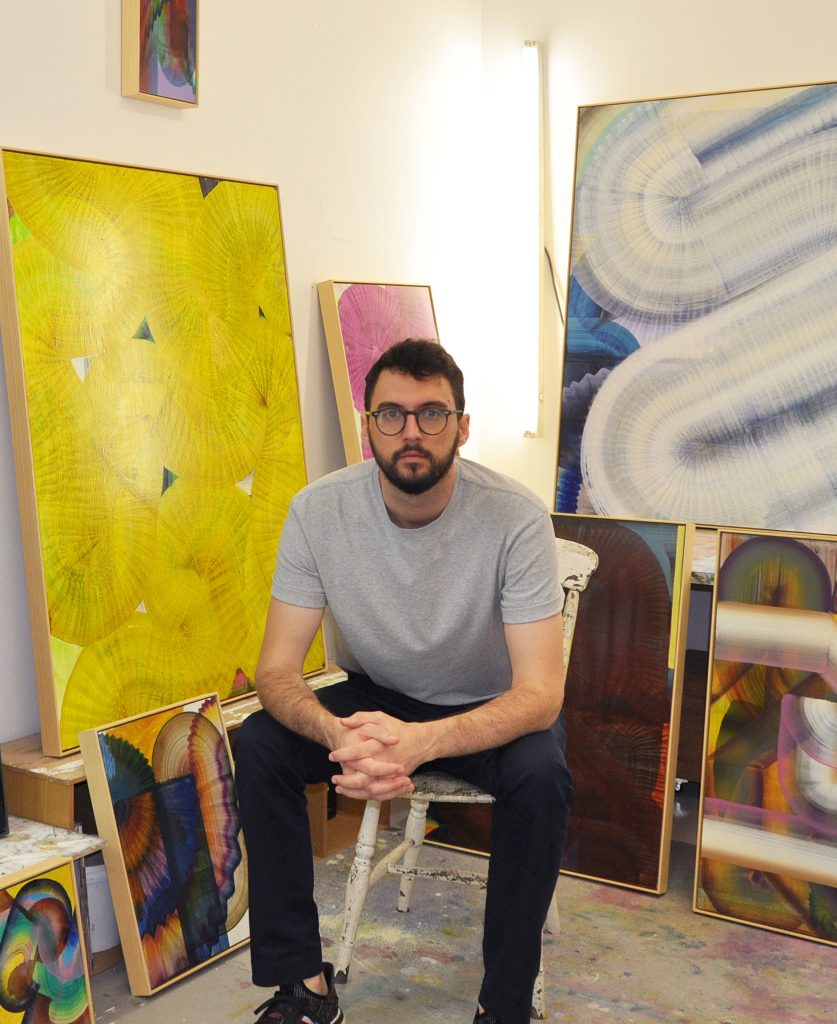 James Makin Gallery is thrilled to announce the representation of Sydney-based artist, Belem Lett.⁠ Lett’s work plays with light and colour as inseparably the same. The act of painting is considered through the history of gestural abstraction. Reduced to a surface and paint applied with a colour loaded brush. There is an implicit physical momentum […] 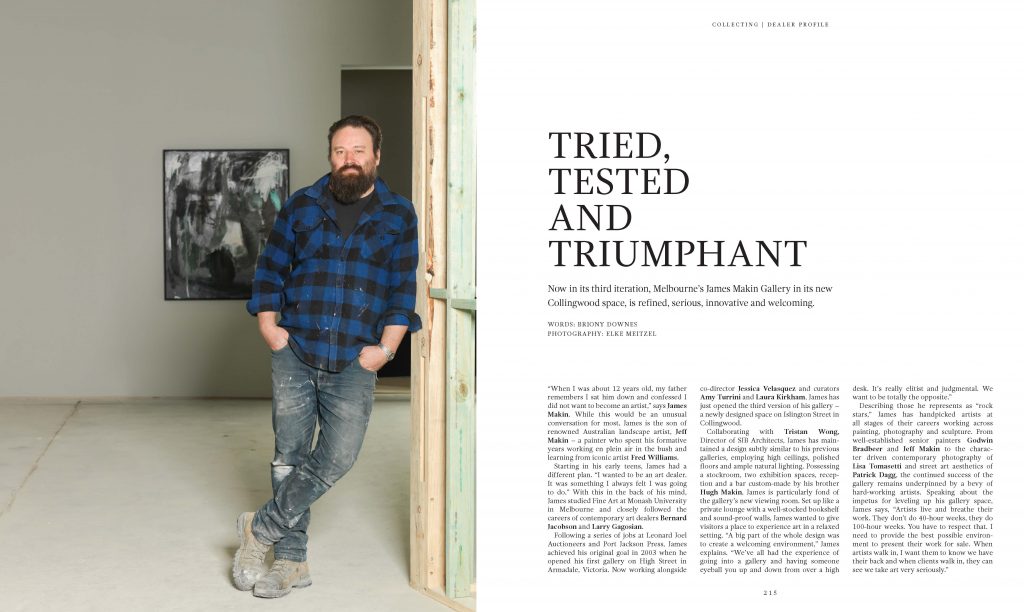 James Makin is proud to be the focus of Art Collector’s latest Dealer Profile. The feature, titled Tried, Tested and Triumphant and penned by Briony Downes, can be found in the current edition of the magazine and puts focus on our founding director, as he leads the charge opening our new Collingwood space. A copy […] 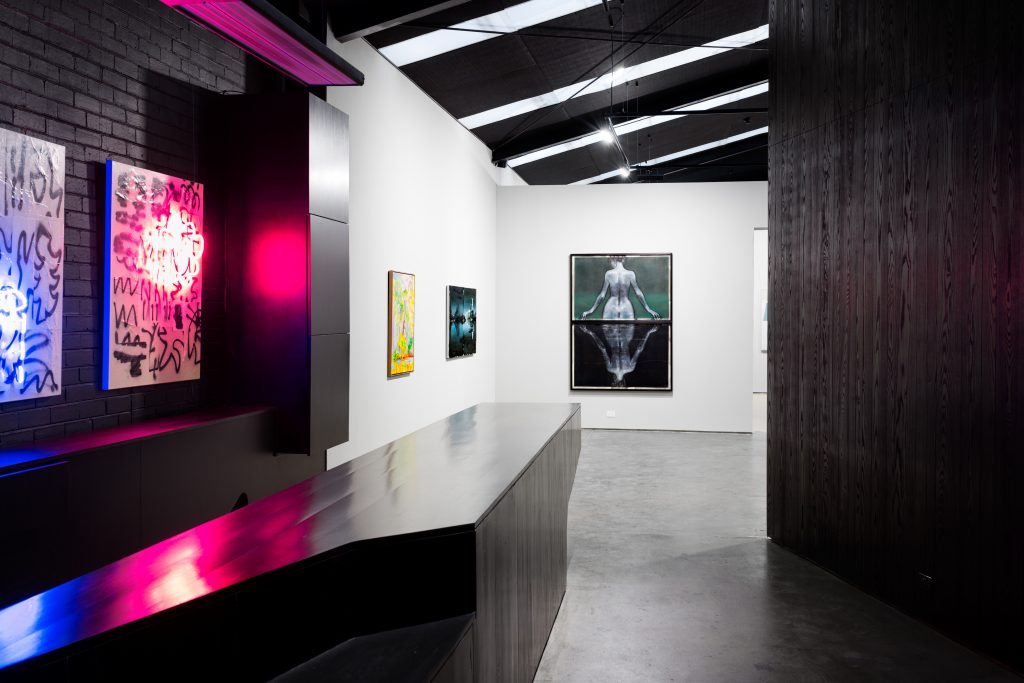 After months of preparation, building and moving, we’re thrilled to announce that our new gallery is now open! Our new space is the third iteration of James Makin Gallery, which has previously been based in High Street, Armadale, and Cambridge Street, Collingwood in its nearly twenty year history. Having been based on Cambridge Street for […] 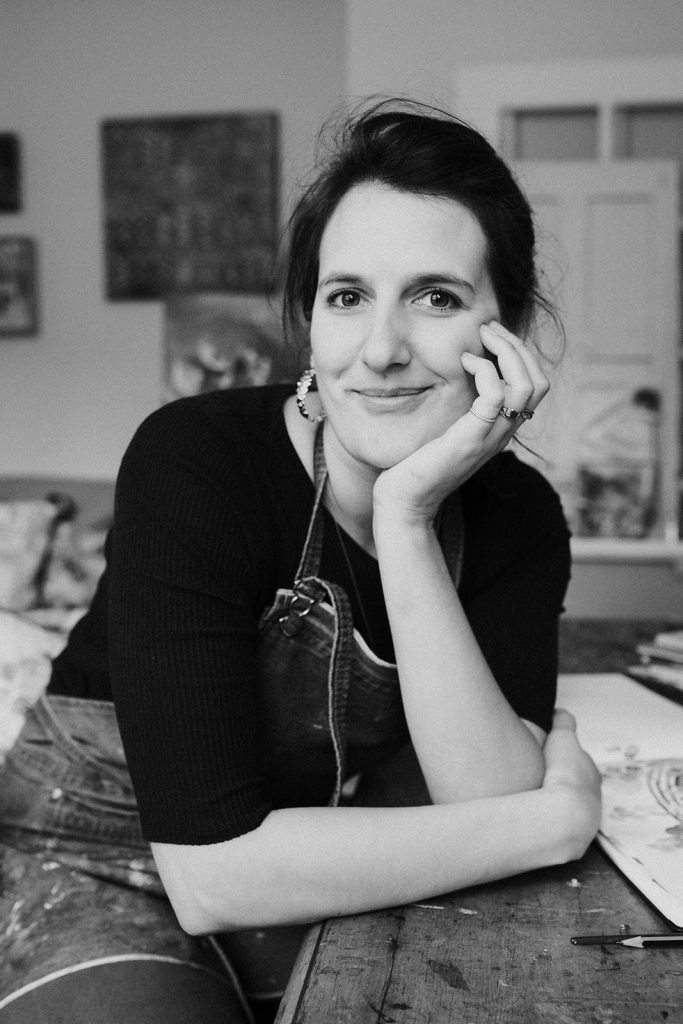 We’re excitedly anticipating this year’s Sydney Contemporary. At the James Makin Gallery booth this year will be Annalisa Ferraris, Patrick Dagg, Sally Walk , Elizabeth Barnett (featured), Toby Raine and Jasper Knight. In the coming weeks we’ll be featuring each of these artists, giving you a taste of what’s ahead. ⁠⁠⁠⁠⁠⁠⁠⁠⁠⁠⁠⁠This week’s featured Sydney Contemporary […] 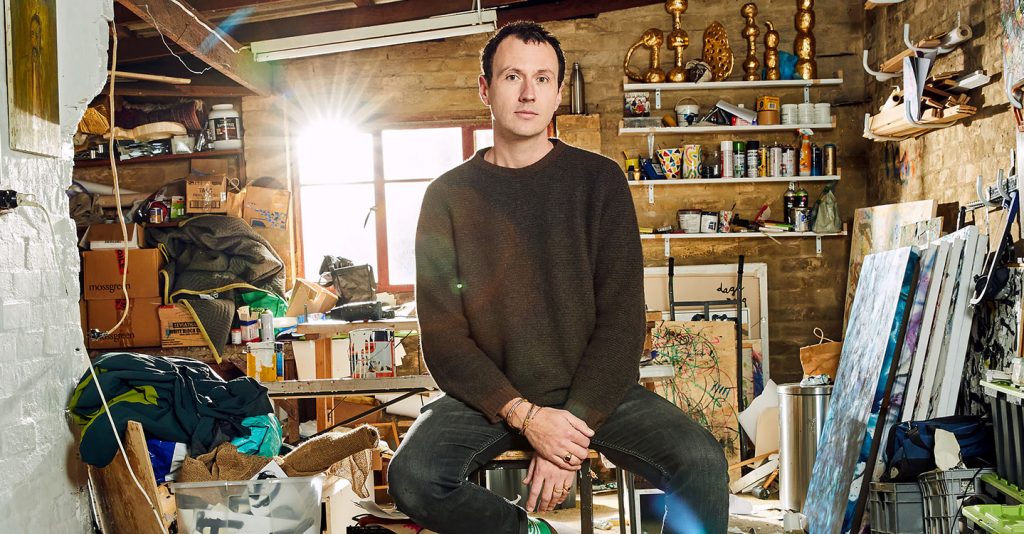 We’re excitedly anticipating this year’s Sydney Contemporary. At the James Makin Gallery booth this year will be Annalisa Ferraris, Patrick Dagg (featured), Sally Walk , Elizabeth Barnett, Toby Raine and Jasper Knight. In the coming weeks we’ll be featuring each of these artists, giving you a taste of what’s ahead. ⁠⁠⁠⁠⁠ ⁠⁠⁠⁠⁠This week’s featured Sydney […]